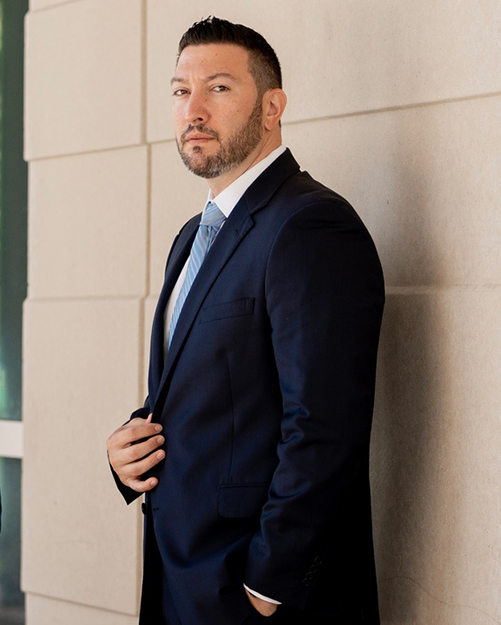 Alan L. Grinberg is one of South Florida’s premier trial lawyers. His litigation experience includes having successfully defended clients in both Florida and California. Additionally, Mr. Grinberg is also admitted to practice in New York.

Originally from Buenos Aires, Argentina, Mr. Grinberg moved to South Florida in 1989. He earned his Bachelors Degree from the University of Miami, where he majored in Business Administration and minored in Business Law, while graduating in just three years. Mr. Grinberg received his Juris Doctorate degree from the University of Miami – School of Law where he first began to refine his skills in trial advocacy as a member of the trial competition team.

Immediately after graduating law school, Mr. Grinberg was recruited by one of California’s top criminal defense firms, Balcom & Associates. After two years, he returned home to South Florida where he served as a public defender in Broward County for two and a half years prior to entering private practice. During this time, he represented hundreds of indigent defendants in both misdemeanor and felony cases. As a public defender, Mr. Grinberg had one of the most impressive trial records in the county, having done twenty-three jury trials and only losing three!

Once in private practice, Mr. Grinberg has continued his success. He has represented clients from all walks of life, including both law enforcement officers and fellow lawyers in the defense of their criminal charges. He always says, “there is no greater compliment to your lawyering abilities than being asked by the same officers you battle in court, day in and day out, to represent them when they themselves are facing charges!”

What sets Mr. Grinberg apart from many other practicing lawyers is that he is not only experienced in handling some of the most complex of criminal cases, but he is also incredibly passionate about the work that he does. He is a fearless advocate who provides all of his clients with the highest quality of professional legal service.